South Africa’s only competition for young conductors, the Len van Zyl Competition, will take place in the Cape in 2018/2019. 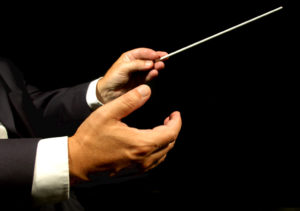 The 4th competition is open to South Africans not older than 33 on January 1, 2019. It offers performance opportunity to the finalists, with coaching and master classes with maestro Victor Yampolsky for all. The finalists perform with the Cape Town Philharmonic Orchestra, and the overall winner receives an all-expenses paid one-month internship with the famed Philadelphia Orchestra in America and two months of study at Northwestern University in Chicago with Yampolsky. The judges in the final will be Yampolsky, Bernhard Gueller, Richard Cock, Brandon Phillips and CEO of the Cape Town Philharmonic Orchestra Louis Heyneman. The overall winner will also be invited to conduct the CPO at a suitable time.

Dates of the competition are April 27 – 29, 2018, and the final rounds and concert will be from February 8 -10, 2019, with the final concert forming part of the CPO’s 13th International Summer Music Festival.

Len van Zyl, former advertising luminary and board member of the Philadelphia Orchestra in the US, became aware that while instrumental players, singers and dancers had access to many good teachers at a several music education facilities, the same could not be said for the advanced training of conductors. He filled the gap that existed for training and performance experience for this most specialised and vitally important function of music making, “essential to ensure that ensemble playing is achieved to maximise the quality and co-ordination of the orchestra, in particular,” he says. In 2008, together with the Cape Town Philharmonic Orchestra, Van Zyl established the national competition. Three competitions have since been held – 2010, 2013 and 2016.

“Those competitions attracted scores of aspirant conductors. More than 50 to date were chosen for the first rounds, some entering subsequent competitions too, taking advantage of the specialist coaching and master classes.”

Entry forms can be downloaded from the CPO website at www.cpo.org.za. The closing date is January 15, 2018, after which a selection will be made.